Innovative ideas in hockey are certainly not new to the sport, however those that change the sport permanently are few and far between.  Jonathan Kozac of Tempe, AZ might just have the next big invention in hockey with "The Kozac Cut" goalie stick.  The stick still in the pre production stage, is patented and ready to be tested by some of the best goalies in the world.

The unique design is Kozac's way of providing butterfly goalies with tool to protect the five-hole and allow an easier way to play the puck from a upright and kneeling position.  While Kozac, the former goalie had the vision, he credits a long time friend for actually bringing his design to fruition.  "About two years ago I was watching a hockey game on TV and watching the goalies dropping down into the butterfly and noticing that time after time five -hole goals were being scored," Kozac said.  "So I got this crazy idea about making a hockey stick for butterfly style goalies."  After trying to connect unsuccessfully with a couple of his hockey friends in the retail business, Kozac got a call from Gary Ward asking if he had any new ideas, knowing he was an inventor.

After hearing about the idea, Ward agreed to start using his wood working talents to design a stick based on drawings  Kozac had given him, and after a few trial designs Ward finally came up with the one Kozac approved of.  The end result was a goalie stick that Kozac believes will be the next big innovation in hockey by allowing butterfly style goalies the opportunity to better protect the five-hole, prevent wrap around attempts and play the puck easier from their knees.

Goalies for years have used either a traditional straight blade or have adapted to the "Curtis Curve" however neither were designed for butterfly style goaltenders, who have become more of the norm these days at all levels of hockey, according to Kozac.

While the sticks are still in the proto type  stage, Kozac has a few different models made with different materials ready to be tested by goaltenders and is hopeful in late September the first National Hockey League goalie will give it a try in a preseason game right here in Arizona.  "I am planning on introducing "The Kozac Cut" to Jonathan Quick when the Kings play the Coyotes on September 26, thanks to a mutual friend ,"  Kozac said.  "I really hope he likes it and can use it in the game that night, that would be big for me."

If "The Kozac Cut" catches on with goalies, Kozac thinks it may change hockey similar to the way mandatory helmets did in the 1980's.

New On The Ice 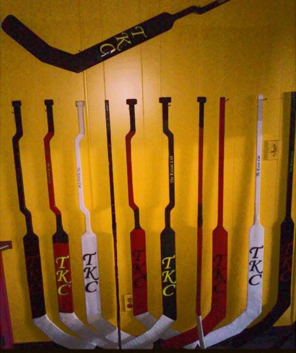 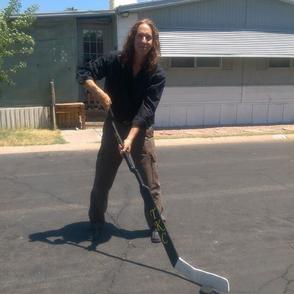 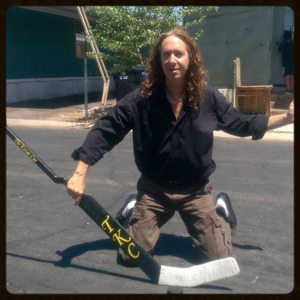 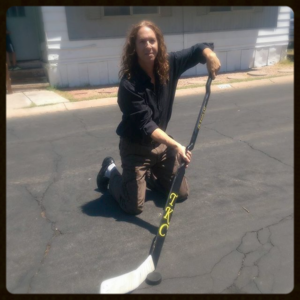 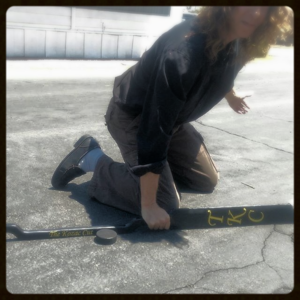