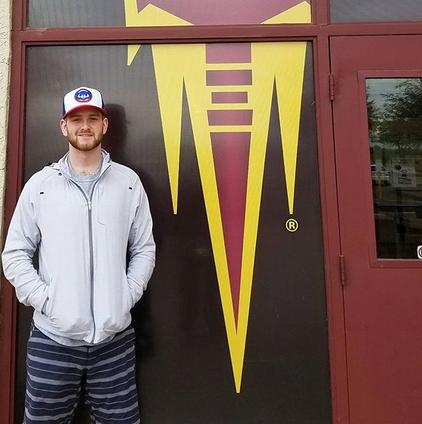 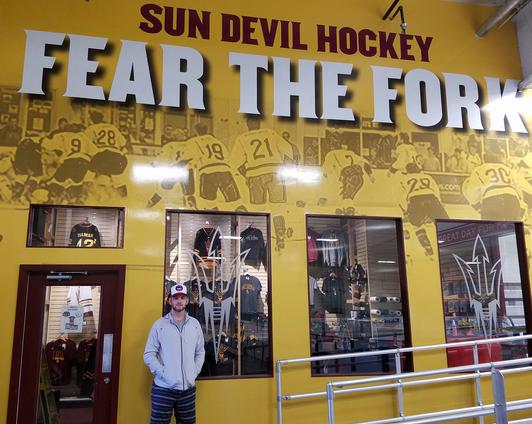 Solid as (Chicago) Steel, Phoenix Native Walker Ready to be a Sun Devil!

While coach Powers is excited to add Walker, Walker is equally as excited to be a Sun Devil.  "Yes I am very excited to start school here (at ASU), I can''t really believe I am just half a year from being a Sun Devil, said Walker.  Most kids never realize their dream of playing for a hometown team after high school at any level and Walker plans to take full advantage of the opportunity when the puck drops for the 2017-18 season.

"I am looking forward to getting on campus and getting going, but I have to also stay focused on finishing this season strong with the (Chicago) Steel," added Walker.  "We have a really good team and it would be great to end this year with a USHL Clark Cup Championship."  Through 27 games so far this season in Chicago, Walker has 14 goals and 7 assists for 21 total points, including on game winner.

Growing up playing hockey in the desert southwest, Phoenix native Johnny Walker dreamed of playing in the National Hockey League, however with hockey in the desert only competitive to a certain level, mainly midget hockey, Walker knew to have any chance at reaching his NHL dream he would have to put himself in a more competitive environment  After making the decision at 16 years old to leave home to play with some of the best players in North America, Walker has come full circle and next fall be a part of the Arizona State University's second full season of NCAA D1 hockey.

Walker's hockey began in the desert as youth hockey star, honing his game at various rinks around the valley of the sun, but when his talent began to out grow the competition, Walker and his family including Boston College hockey alum Jeff, made the decision to send Johnny to the Culver Military Academy at the tender age of 13.  After completing his education at Culver, Walker moved on to Minot, ND where he became a member of the Minot Minotauros of the North American Hockey League (NAHL).  Following a couple of years of seasoning in the NAHL, Walker got his taste of hockey at the highest level of junior hockey in the United States, the United States Hockey League for a few games with the Chicago Steel.  Those handful of games earned Walker an opportunity to play with the Steel full time this season.

Prior to the beginning of this season, Walker accepted a scholarship to play college hockey at his hometown university, ASU and after talking with family and the ASU coaching staff, Walker made the decision to play this season with Chicago and begin his collegiate career in the 2017-18 school year.  "Johnny is going to be a real good player for us, but after discussing his options with him and his family we mutually decided the best option for his development would be to play this season in Chicago," said ASU Head Coach Greg Powers.  "With his size and skill level, we think he will fit well with what we are trying to build, and it's big to have local talent join the the program."