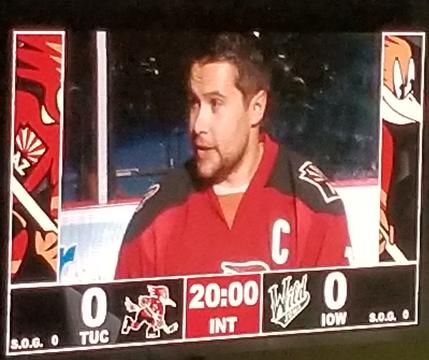 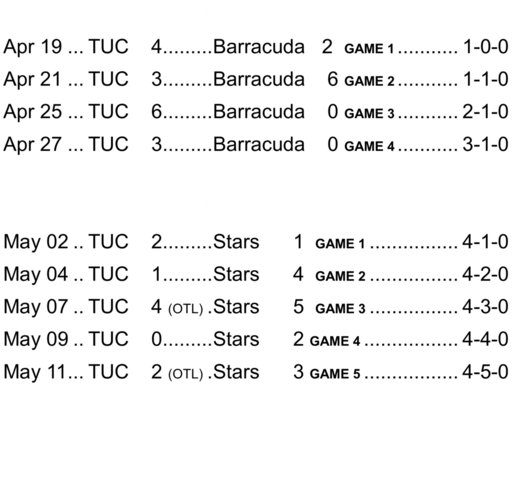 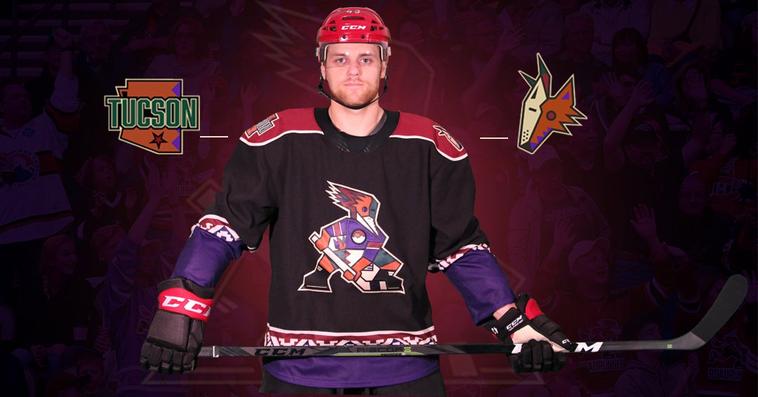 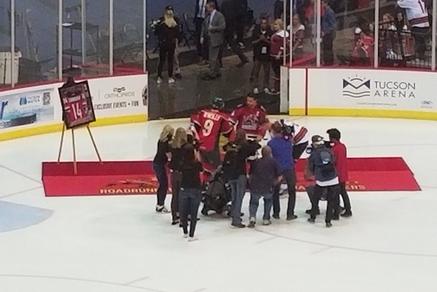 The 21-year-old Capobianco leads the Roadrunners in scoring this season, registering four goals and 21 assists for a total of 25 points in 30 games this season.

The selection is the second in as many seasons for the third round selection (#63 overall) of the Arizona Coyotes in the 2015 NHL Draft. In the 2018 AHL All-Star Challenge, Capobianco recorded three goals and three assists in four games, finishing second in points scored for the event, only behind Tucson’s Nick Merkley.

As of January 3, Capobianco is the only defenseman among all 31 AHL teams to lead his team in scoring.

The 22-year-old Garland, currently with the Arizona Coyotes, registered eight goals and 11 assists for a total of 19 points in 18 games this season before earning his first NHL recall.

The fifth round selection of the Arizona Coyotes in the 2015 Draft has added two goals and two assists for a total of four points in 13 games with the Coyotes since December 3. The native of Scituate, MA recorded his first NHL goal on December 22 against the Colorado Avalanche to begin a four-game point streak that lasted through December 29. This is Garland’s first AHL All-Star Selection.

The AHL’s All-Stars will be divided into four teams, one representing each of the league’s four divisions, for the 2019 AHL All-Star Challenge on January 28. The teams will participate in a round-robin 3-on-3 tournament featuring six games of 10 minutes each. The two teams with the best records at the end of the round-robin will face off for the championship, a six-minute game also played at 3-on-3.

Tickets for all 20 remaining Roadrunners home games at Tucson Arena, including January 11th and 12th against the Chicago Wolves, are on sale now and can be purchased by clicking HERE or visiting the Tucson Convention Center box office. For more information on the club, call 866-774-6253.

On-The-Ice
The club returns to Tucson Arena for a weekend series against the Chicago Wolves next Friday and Saturday. Friday is a 1-2-3 Food Promotion Night presented by Coors Light, featuring $1 Sodas, $2 Hot Dogs, $3 Beers. Saturday is Harry Potter Night, in which the first 1,000 kids 14 and under will receive a Harry Potter Black Glasses Giveaway courtesy of Family Vision Source.

The Roadrunners remain in second place in the AHL’s Pacific Division entering a weekend in California against the Stockton Heat and Bakersfield Condors. Forward David Ullstrom (13 points in 15 games this season) returned from injury in the club’s most recent game, last Saturday against Stockton, and will look to build on his success from the early part of his season.
​ 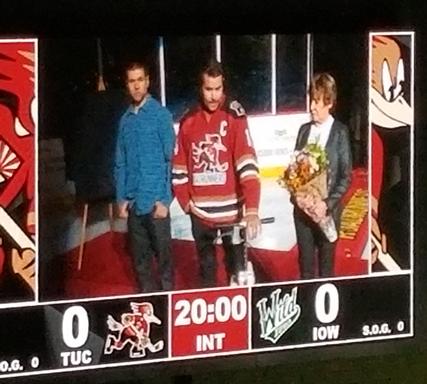 By: Alexander Kinkopf  April 14, 2019
​​​
TUCSON, AZ – The Roadrunners’ season came to an unfortunate end following Saturday night’s 4-3 loss to the San Diego Gulls in front of a sold out crowd of 6,521 at Tucson Arena.

A devastating end to a season it was for a Tucson roster that embodied resilience, perseverance, and character.

Tucson needed just one point to secure its second straight Calder Cup playoff berth, but came up one goal short, their ferocious comeback attempt in the final stages of regulation not enough to extend the contest to overtime.

“One goal short, that’s about as close as it gets,” said captain Dakota Mermis. “It stings, when you look back, there were a lot of guys that when we had to make a push, we did. One goal short really hurts, we expected to be playing next weekend, but it’s a different story now.”

Tucson, which found itself 11 points out of the playoff picture in the third week of March, put forth a tremendous effort to claw its way back into the fight.

“Getting close isn’t winning, you come here to win, the guys in that locker room want to win, you saw it every night in their efforts,” said head coach Jay Varady. “That’s our attitude in terms of how we go about our business. We wanted to be moving on today and we’re not. We pushed back, we got close, but it’s not good enough.”

It was almost one year ago to the day, in the same building, that the Roadrunners eliminated the Gulls on the final day of the 2017-18 regular campaign.

This time, the opposite.

Following a scoreless opening frame, the Gulls struck to get on the board just under five minutes into the second to take a 1-0 lead.

With 8:54 to play in the second period, Nick Merkley dropped for Lane Pederson after entering San Diego territory. With an open avenue toward the net, Pederson drove and beat Jeff Glass up high, tying the score 1-1.

Pederson’s goal, his 23rd of the season, tied the Roadrunners’ single-season franchise record set by both Michael Bunting and Mike Sislo during in 2017-18.

With about five minutes to play in the second, the Colorado Eagles’ 3-2 win over the San Jose Barracuda went final – bumping the Eagles back into the Pacific’s fourth and final playoff spot, confirming that the Roadrunners would in fact need one point to secure a postseason berth.

Moments thereafter, the Gulls scored twice in a 2:23 span to take a 3-1 lead. San Diego extended its lead to 4-1 just over five minutes into the third.

In desperation mode, Conor Garland got the Roadrunners back to within two with 13:56 to play, burying a shot to the top right corner after gaining possession of a Mermis point shot that ricochet off of bodies in front of the net.

Down 4-2 with Adin Hill pulled from the net for an extra attacker, Garland struck yet again, getting the Roadrunners to within a goal with 1:14 left on the clock, tucking home a rebound while positioned to the left side of the Gulls’ net.

That’s as close as Tucson would get.

“It stinks, obviously,” Garland said of the loss. “There’ve been eight seeds [in the NHL] that go on to win the cup, four seeds [in the AHL] that do the same. If you get in, you have a chance, and we were a goal short, so it stings.”

Garland registered a total of six points (4G, 2A) in his three games back in the AHL. 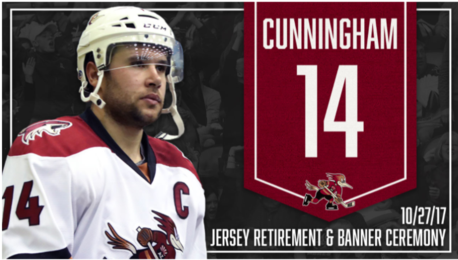 Roadrunners fall one goal, one point short of playoff berth

Fans of the Roadrunners that purchase or renew their Season Ticket Membership by the club’s final regular season game on Saturday, April 13 will receive one (1) replica Roadrunners Kachina sweater per account.

The Roadrunners expand their brand to now include a twist on the Arizona Coyotes reintroduced throwback, 90s-inspired, fan favorite third jersey that the parent club wears each Saturday at Gila River Arena. The Roadrunners will wear the black Kachina jerseys for the club’s home opener in October.

“We’re very excited to be extending our brand here in Tucson with our very first official third jersey,” said Roadrunners President Bob Hoffman. “The Kachina style has become synonymous with the Arizona Coyotes in the sport of hockey and we are confident that our fans and players both enjoy our version here in the Old Pueblo.”

Roadrunners Season Ticket Memberships
The best way to never miss a moment of Roadrunners action, lock in your same great seat for all 34 Roadrunners home games today. Starting at just $11.50 per game, enjoy exclusive benefits that only Season Ticket Members have access to including your own personal Ticketmaster Account Manager, first right to 2020 Calder Cup Playoff tickets, a special membership gift and more! Call the Roadrunners today at 866-774-6253 to speak with your representative.

On-The-Ice
The 27-22-5-2 Tucson Roadrunners continue to crawl their way back toward a Pacific Division Playoff spot after a weekend sweep of the Stockton Heat. Forward Lane Pederson had five points during the two games in California and continues to pace all Tucson skaters with 16 goals this season. 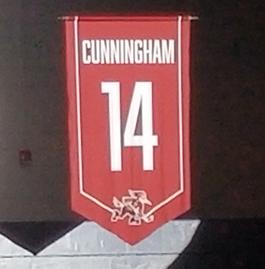 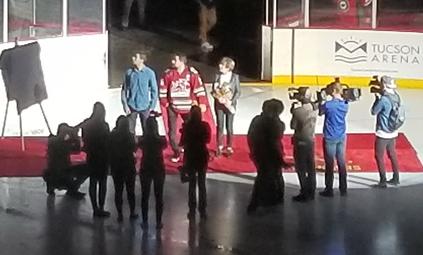 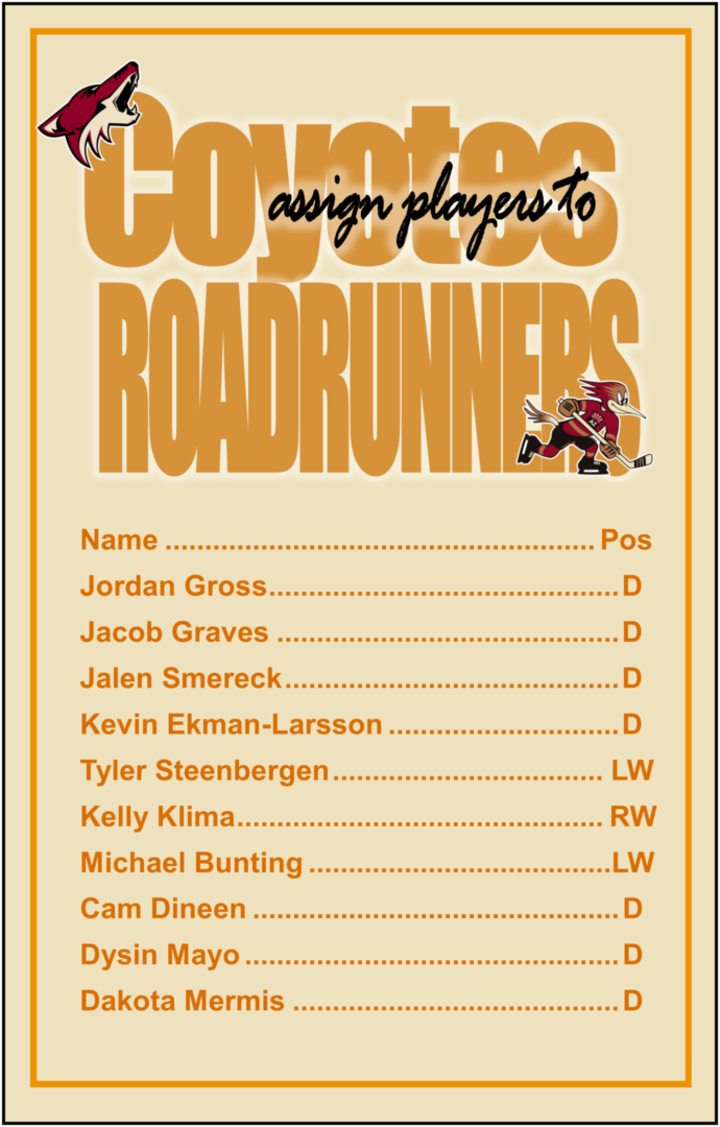